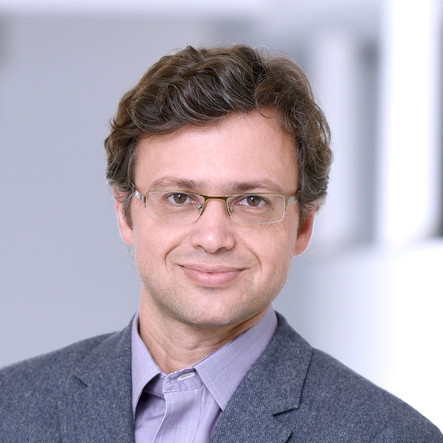 Yaakov (Kobi) Benenson studied Chemistry and Biology at the Chemistry Department of the Technion, Israel Institute of Technology. He received his Master in Biochemistry from the same department under the mentorship of Prof. Timor Baasov, and went on to pursue a PhD degree in Computer Science and Biological Chemistry with Prof. Ehud Shapiro at the Weizmann Institute in Israel. His PhD work focused on molecular-scale computing systems. He co-developed a prototype biomolecular computing device made of DNA and enzymes, and later upgraded the device to perform diagnostics using molecular disease markers. This work was recognized by the Feinberg Graduate School’s Kennedy Award and the Wolf Foundation. Dr. Benenson was also selected by the MIT Technology review magazine as one the world’s top 100 young innovators for the year 2004.

After completing his PhD in 2005, Kobi Benenson moved to Harvard University to take an independent position as a Bauer Fellow at the FAS Center for Systems Biology. In collaboration with Weiss lab (MIT), Benenson lab pioneered an RNA interference-based approach to molecular computing in mammalian cells. Nowadays this method is successfully being used to construct increasingly complex synthetic circuits for the benefit of basic science as well as biotechnology and biomedicine.